“Here is the world. Beautiful and terrible things will happen. Don’t be afraid.” ― Frederick Buechner

Social Media has perfected the art of remembering. Today, I awoke to a laundry list of New Year’s Eve posts from past years.

In 2013, the year itself wasn’t all that great, although I did start a new job and the kids were happy. We celebrated with dinner at a neighbor’s house. I was skinny. And blonde. Not too shabby. 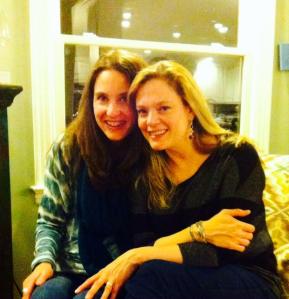 Life was a mess in 2014. On New Year’s Eve, I forced myself to take Emily with me to a friend’s house for a party. Charles Jr. spent the night with one of his best friends. Shortly after midnight, I dissolved into an ugly Oprah cry in front of everyone. Nice way to ruin a party!

This year was big. I finalized my divorce. My kids and I found a new normal for the three of us. I took control of my finances. And, after years of telling other people’s stories, I began to tell my own on this blog. None of it was easy, but 2015 turned out to a surprisingly wonderful year. 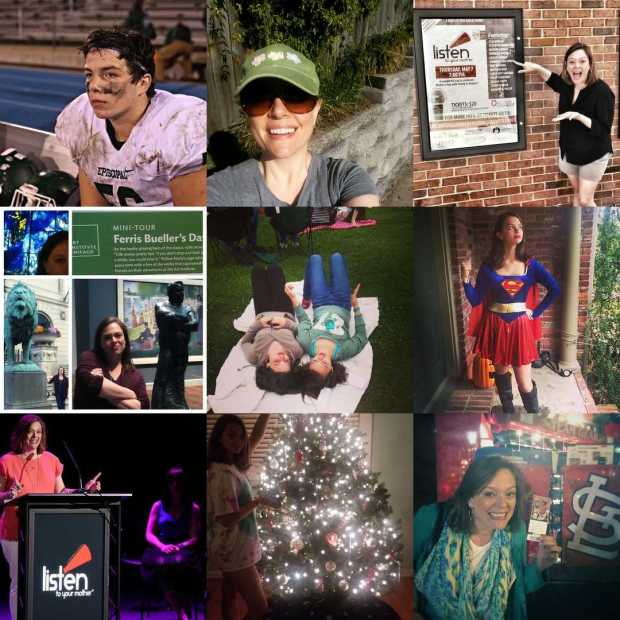 Watching my son play lots of football (and baseball, although it’s not pictured). Celebrating the sunshine after weeks of snow and ice. Being cast in the Little Rock LTYM show with some exceptionally talented writers. Sightseeing in Chicago with my new honey. Watching his daughter and my daughter grow as close as sisters. Seeing strong, brave Emily begin to come into her own. Standing in my truth (and embracing the brown hair) on stage at Ron Robinson Theatre. Appreciating another Christmas tree masterpiece. Attending my first MLB game at the spur of the moment.

To paraphrase the Buechner quote above: Here is a new year. Beautiful and terrible things will indeed happen. I certainly hope so, because I am not afraid.